A SON had to watch his elderly mother struggle for breath as she died in a Grays nursing home, just a day after moving in.

Audrey Street, 79 from Grays, had been admitted to Basildon Hospital on 11 December 2016 suffering from pneumonia and acute kidney problems and was moved directly to Bluebell Nursing Home on 1 February this year.

On Friday an Inquest into Mrs Street’s death at Chelmsford Coroner’s Court recorded that she died on 2 February of food aspiration, where digested food is inhaled into the lungs and airway passages are blocked. Coroner Caroline Beasley Murray concluded the death had been an accident.

Mrs Street’s son Philip Street had visited his mother at 6.30pm, around 90 minutes after she had finished her last meal.

Mr Street said: “I was with her at the time and I saw her really struggle for breath and making a terrible noise. I called for the nurse and went out the room, but I could still hear her making this horrible noise.”

Within minutes his mother had died.

The Inquest heard that a letter from Mrs Street’s GP warning that she was an risk of food aspiration had not been received by the nursing home or her children, Jane O’Neil and Philip, until 6 February.

However, Bluebell Nursing Home manager Neetha Varthese told the court that they had received a substantial needs-led assessment from Basildon Hospital, and had put Mrs Street on a ‘Texture C’ diet. This involved giving her 50ml of liquid to sip at meal times and feeding her porridge and a yoghurt-like nutritional supplement through a teaspoon, while sat in an upright position.

She said that at all times the care team had stuck to Mrs Street’s care plan and followed all procedures, but agreed with the Coroner that the GP’s letter would have emphasised her dietary needs.

Care Assistant Rosalyn Sekyi fed Mrs Street her final meal. She said: “When I left her at 5pm she was sitting upright and there was no signs of coughing or choking. I checked on her again at 5.30pm and the nurse also checked on her after that and she was still sitting up.”

Dr Abdelkadir Abdulla, a pathologist with Basildon Hospital for 20 years, carried out the post mortem and recorded the death as unnatural. He stated that food aspiration had been the main cause of death, but also highlighted Mrs Street’s heart problems.

Dr Abdulla said: “She had ischemic heart disease and while this was not the primary cause of death, if she were to have an ischemic attack that could cause the stomach to reject it’s contents. If this happened after food had been digested it could have contributed to the food aspiration.” 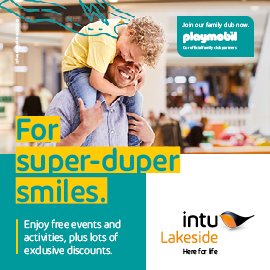