SAMANTHA Womack, Les Dennis and Carrie Hope Fletcher will star as Morticia, Fester and Wednesday Addams in THE ADDAMS FAMILY, which comes to the Cliffs Pavilion, Southend, from Tuesday, May 30 to June 3.

Samantha Womack will take on the role of Morticia Addams fresh from leaving BBC1’s EastEnders after nearly a decade as Ronnie Mitchell.

Samantha has also played Tanya Dawson for three series of the hit comedy Mount Pleasant (Sky1) and, on film she will be reprising her role next summer as Michelle Unwin in Kingsman: The Golden Circle.

Carrie Hope Fletcher’s recent theatre credits include Eponine in Les Misérables (London and Dubai), Truly Scrumptious in Chitty Chitty Bang Bang (UK & Ireland Tour), Beth in Jeff Wayne’s Arena Tour War of the Worlds, and Wind in the Willows (Regent‘s Park Open Air Theatre).  In 2015, Carrie released her first book, All I Know Now: Wonderings and Reflections on Growing Up Gracefully, and her second book, On the Other Side, was released in July 2016.

Wednesday Addams, the ultimate princess of darkness, has grown up and has a shocking secret that only Gomez knows; she’s fallen in love with a sweet, smart young man from a respectable family!

Now, Gomez Addams must do something he’s never done before — keep a secret from his beloved wife, Morticia.

Everything will change for the whole family on the fateful night they host a dinner for Wednesday’s “normal” boyfriend and his parents.  All the usual clan are present – Uncle Fester, Lurch, Pugsley et al.

To book go to www.southendtheatres.org.uk 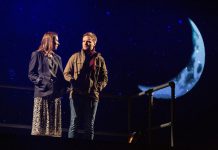 Once upon a wet and windy night on the Thames 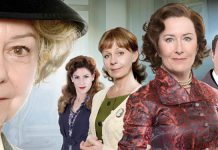 Play’s return is a success 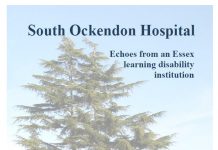 Tale of hospital from the past