CONSTRUCTION is moving at pace at Aveley’s new Parkside stadium and representatives from Grays Athletic FC, who will share the ground, recently took a look around
Officials of the club were treated to a tour after the Blues agreed a two year groundshare at the new stadium, where both Aveley and Grays will play in the Isthmian North next season.
Work on the new ground, which will feature an artificial grass pitch, is due for completion at the back end of July 2017, in time for the 2017/18 season.
A club spokesman for the Blues said: “It was great to take a look around the new Parkside stadium. The club would like to thank Craig for the opportunity and we would once again like to express our sincere thanks to Craig and the board of directors at Aveley FC for agreeing the groundshare for the next two seasons. It is going to be great for both supporters and players to enjoy these brand new facilities and hope that our supporters will come along and support the Blues at Parkside
“Following a recent announcement regarding the planned Orsett Heath Academy it is hoped that we will be in our own new facilities back in Grays within a few years, but in the mean time we are extremely grateful to everyone at Aveley for their continued support of the club.” 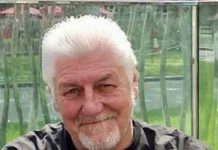 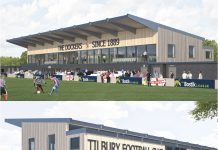 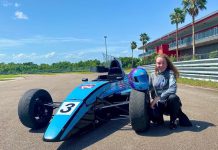